In the second part of our series of articles “Know your films”, Jan Eisby, CSO at surface treatment pioneer Vetaphone A/S, discusses the effect of time on a substrate’s retained dyne level and explains the importance of knowing the important matter of “shelf life” during the whole production process.

Perhaps the first thing to establish is what you mean by “shelf life”?

Jan Eisby: For the purpose of this discussion, I’m referring to the various types of plastic film that are used in today’s package printing sector. Whether it is for use as flexible packaging, label, shrink sleeve or pouch, all filmic substrates are non-absorbent and need to be surface treated to allow ink, lacquer, or adhesive to adhere securely. This begins with the extrusion process, where the substrate being manufactured is Corona treated to obtain a certain dyne level. And it is what happens to this dyne level over the following days, weeks, and months before the substrate is used in production that is important – that is what I’m referring to as its “shelf life”.

Why is the dyne level so important?

Jan Eisby: For any liquid to adhere securely to a film material, the relative surface energy between the two needs to be adjusted. Untreated film has very low surface energy, which is measured in dynes, so any liquid applied to it will stay on the surface in small beads. Corona treating the material to increase its dyne level will allow the liquid to adhere during the printing or converting process. This will produce packaging of high quality that is commercially saleable and significantly reduce the volume of waste produced.

Is the dyne level achieved by surface treatment at extrusion sufficient for the whole downstream production process?

Jan Eisby: No, it is not! If you look at the stages of production involved, you can appreciate the complexity of the situation. First the film is extruded, then it is printed, then perhaps has an adhesive applied for lamination and maybe a lacquer coating before it becomes the end-product in its finished form. There is normally a time delay between each of these processes – sometimes short, sometimes long, but whichever it is, time is no friend to dyne levels, because all materials will suffer dyne decay from the moment they are surface treated.

How do you overcome this problem?

Jan Eisby: To ensure that each process will work as intended, you need to check the dyne level of the substrate before you start. So, check it before you print and then before you apply adhesive, and again before coating. This checking even applies to the narrow web sector where many of the processes are done inline in one pass, so without any time delay. The issue here is that the behaviour of the new digital inks that are becoming increasingly popular is different from the flexo inks that they are replacing, so once again we advise regular testing and checking.

If time equates to dyne decay, where is the biggest problem?

Jan Eisby: The biggest time delay tends to occur between the film being extruded and when it is used for printing. This can be a matter of a few days, but more often stretches into weeks and occasionally months. So, storage of the film is critical. The problem is that substrate manufacturers do not give clear guidance on this subject in the datasheets relating to the different films they produce.

You said the main issue was storage, what information can you share on this?

Jan Eisby: For a start, some customers are better equipped to handle storage than others, and dyne decay is not necessarily consistent, so each case is different. It is also essential that the film was correctly surface treated at extrusion because this will have an impact on its shelf life and ability to be boost treated after storage. There are four factors involved in dyne decay during storage: time, humidity, additives, and contamination. These make up what we call the “decay profile”. In general terms, the more you have of each of the four factors, the greater the dyne decay will be.

What is the best way for a converter to test the material?

Jan Eisby: Using a dyne pen. It’s a simple, reliable, and inexpensive method, especially if you compare it with the cost of attempting the next process with mis-matched surface energy levels between liquid and substrate. You can buy the dyne pens from us via our website, so there is no need to take the risk of getting it wrong!

How does Vetaphone help converters to evaluate their substrates?

Jan Eisby: Let me give you an example of a customer that supplied us with different materials for testing in our Lab. These were two types of PE – one with 600ppm of additive, the other a top-coated stock. Both decayed initially at the same rate, but the top-coated material levelled out after one month at 42 dyne while the other continued to decay over the three months of testing by which time it had decayed to 36 dyne. So, the choice the customer must make is either spend more money upfront on top-coated material or have the cost and inconvenience of boost treating the cheaper stock after a period of storage.

We have spoken so far of surface treatment in terms of corona – what about plasma?

Jan Eisby: Plasma is the best form of surface treatment if you need to obtain a high dyne level that can be retained over a long period, typically on films used in agriculture, but for other applications too. Our Lab test shows that while corona treatment will achieve the desired dyne level for printing or adhesive application, the decay is relatively quick compared with ordinary plasma treatment, where the dyne level attained at treatment is higher and the decay is slower and flattens out at a higher dyne level. Using high power plasma treatment achieves the highest dyne level, and that level is retained for a much longer period. But again, it’s a question of cost – plasma is a far more complex and expensive process and corona is better suited in most cases.

Overall, what recommendations does Vetaphone have for converters working with film material?

Jan Eisby: Knowing your film parameters is essential – how pure is it, how many ppm of additive does it have, what is its granulation? These are all key elements, so you really need to master the decay profile that I mentioned earlier or go for JIT production where storage is not an issue. If you are storing film, keep the temperature in the 15 – 20 Celsius range, and the humidity between 50 – 60%. Some transport trucks are air-conditioned, which is good, and make sure you keep the rolls wrapped to keep out dust and dirt. Finally, to understand the converting parameters, you need ink/adhesive surface tension data from your suppliers. If you then measure the film surface tension, you can use the curve profile to calculate the boost dosage needed to reach the correct dyne level at each process stage. 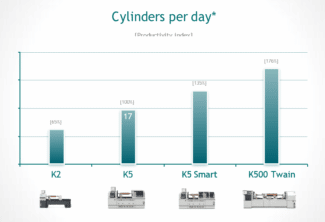 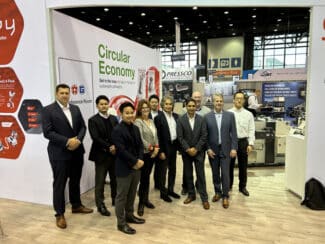 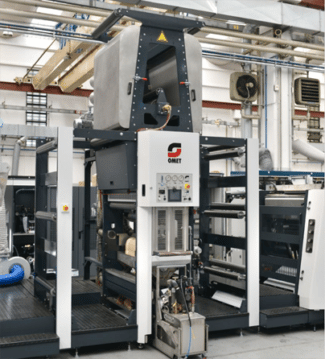 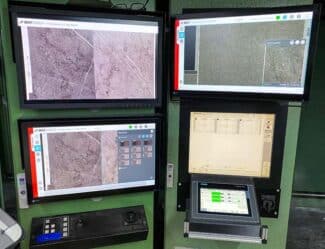 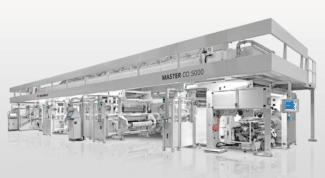 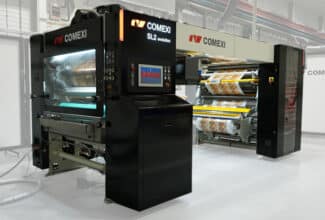 A commitment to automation lamination processes 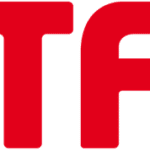 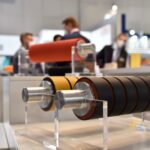 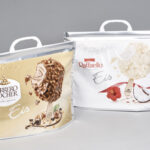 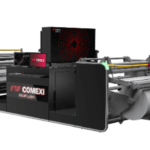 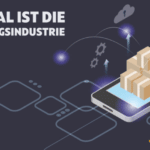