17th September 2019 will go down as a milestone in the history of gravure. That was the day when Max Rid, the Chairman of Heliograph Holding, presented his strategy to secure a leading role for gravure in the future of decorative and security as well as packaging printing at the annual meeting of the European Rotogravure Association (ERA) in Munich. He mapped out three approaches to effectively address the challenge of chromium and to secure the competitiveness of gravure against other printing processes. There is no disputing that gravure offers the highest reproducible print quality and unmatched print run capacity. The technologies that it involves such as stylus and laser engraving (now capable of HD quality) as well as electroplating for gravure cylinder production are highly developed, precisely controllable and fully automated.

Kaspar Walter, a Heliograph Holding company, has been working hard on the long-term development of gravure forme production. “We are convinced that we can make forme production better, faster and more sustainable”, reports Christoph Gschoßmann, the Managing Director of Kaspar Walter. “The HelioGreen Process, consisting of the ChromeXtend, HelioChrome NEO and Helio Pearl initiatives, allows us to both fundamentally secure the investments of our customers whilst also redefining gravure forme production and the future of this printing process.”

Higher chromium plating standards
The ChromeXtend initiative and its component products mean that it is already possible for customers to raise their critical exposure and environmental standards during chromium plating so as to reduce the various risk areas by: From laboratory to industrial application
The development of HelioChrome NEO has been taken right from the laboratory to operational use. In contrast to decorative chromium plating, the challenges for the hard chromium plating of engraved gravure cylinders lie in its abrasion resistance and the coating speed. In principle, the procedure itself is unchanged. The aim is to offer a seamless transition from hexavalent to trivalent chromium-based electrolysis by adapting the technical parameters and equipment to the galvanic properties of the trivalent chromium-based electrolyte.

The energy requirement of HelioChrome NEO is just 20 A/dm² at 40 °C, with the bath temperature being 20 °C lower than for classic chromium-plating. This this results in lower emissions, energy costs and helps to protect the environment. Currently, it is possible to deposit trivalent chromium layers that are up to 25 µm thick. Deposition of a 6 to 8 µm thick layer, which is the norm for gravure printing, takes around 20 to 25 minutes, which is a similar speed to hexavalent chromium plating.

“There are no changes in workflow for the user, who only needs to switch the hexavalaent chromium bath system for a trivalent chromium one”, states Christoph Gschoßmann. “The finishing of the trivalent chrome surfaces can be carried out on existing systems, so there is no need to invest in new grinding and polishing tools, but the working of the surface does need to be modified compared to hexavalent chromium.“

Interim results from the beta test
Just one year after the first trivalent chromium coating of a gravure cylinder, the test phase began back in 2015, at Huhtamaki Flexible Packaging Germany at Ronsberg in the Allgäu, where a newly developed chromium plating system has been installed. Since then, different electrolyte formulations as well as system modifications have been tested and refined until the current position has been reached and, in the meantime, several patents have been filed for the new chromium plating process.

With a Vickers hardness of 900 to 1200 HV, HelioChrome NEO is very well placed to deliver cylinder surfaces that match the quality of classic chromium plating. This was confirmed through the abrasion tests carried out on the Kaspar Walter friction and wear test bench in Munich. The friction and wear properties of the layer have been established, as has the electrolyte and system management; and the suitability of the process is now beyond doubt.

The first real print jobs with HelioChrome NEO coatings and the new technology have already been successfully printed on Huhtamaki’s gravure presses in Ronsberg.

What currently remains to be done is to establish the safety of electrolyte management during production and quality assurance for gravure cylinder production on a industrial scale.

An alternative?
Helio Pearl might offer a polymer-based alternative. It consists of a wear-resistant monolayer instead of the conventional combination of a copper and then a chrome layer. This layer is imaged at very high resolution by a new laser technology.

The complete forme production sequence is now reduced to a three-step process:

Christoph Gschoßmann is pleased with the results that have been achieved with Helio Pearl so far: “The initial printing trials have been promising. The printing life of 100,000 metres on the press and the wear and resistance tests with doctor blade and ink lie within the desired target range. The present position has been achieved after years of trials, which, since 2016, have been centralized in the specially equipped Kaspar Walter development centre in Munich.“

Summary
Kaspar Walter’s HelioGreen Process brand encompasses three parallel strategies designed to open up a new dynamic for the entire gravure printing industry. It is the new HelioChrome NEO trivalent chromium process and the patented three-step Helio Pearl production process in particular that should make gravure forme making a more economical, a more environmentally friendly and a safer investment for the future. All in all, this should fundamentally improve the competitiveness of the gravure process.

Hard electrolytic chromium plating of engraved and lasered gravure cylinders offers effective protection against mechanical stresses imposed by metal, substrates, hard ink residues and other foreign bodies. Chromium deposits adhere well to copper, do not oxidize, even at high temperature, and are resistant to many acids as well as alkaline solutions. Chromium’s low affinity (binding force) for other materials is its biggest advantage. A c. 6 µm thick layer of chromium repels ink during printing, ensuring the engraved cells empty fully. Good doctoring of the image and text-free areas prevents scumming on the forme cylinder. The stable printing of long runs is a further advantage of chrome.

Is metallic chromium harmful to the environment or health?
No. Metallic chromium is completely harmless. The electrolytically deposited metal provides the surface finish for household objects, furniture, machine and motor vehicle parts. The surfaces on which the metal is deposited contain absolutely no hexavalent chrome.

Should one continue to use hexavalent chromium electrolytes?
Yes, within the framework of the currently applicable standards. Today, chromium plating in gravure printing already offers the highest safety standards amongst all its industrial applications. 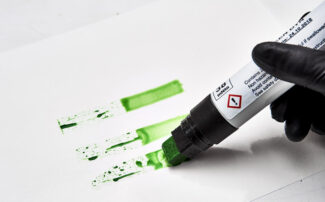 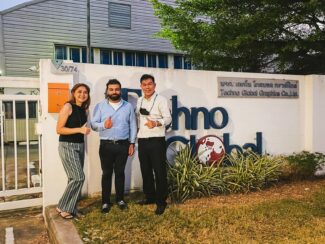 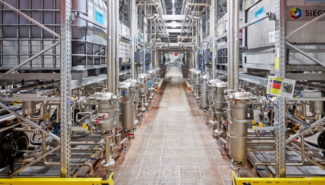 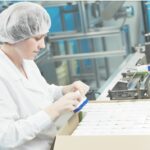 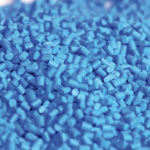 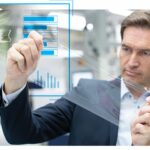 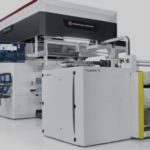 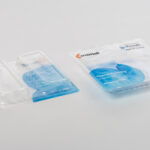 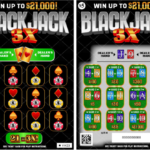